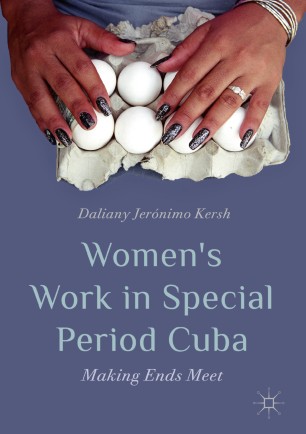 The abrupt loss of Soviet financial support in 1989 resulted in the near-collapse of the Cuban economy, ushering in the almost two decades of austerity measures and severe shortages of food and basic consumer goods referred to as the Special Period. Through the innovative framework of individual and collective memory, Daliany Jerónimo Kersh brings together analysis of press sources and oral histories to offer a compelling portrait of how Cuban women cleverly combined various forms of paid work to make ends meet. Disproportionately impacted by the economic crisis given their role as primary caregivers and household managers and unable to survive on devalued state salaries alone, women often employed informal and illegal earning strategies. As she argues, this regression into gendered work such as cooking, sewing, cleaning, reselling, and providing sexual services precipitated by the post-Soviet crisis to a large extent marked a return to pre-revolutionary gendered divisions of labor.