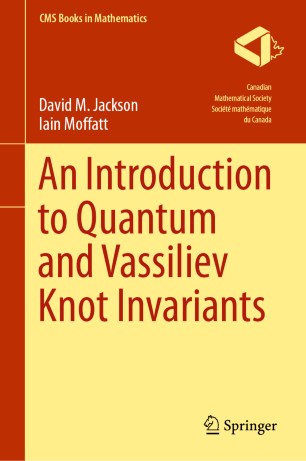 An Introduction to Quantum and Vassiliev Knot Invariants

This book provides an accessible introduction to knot theory, focussing on Vassiliev invariants, quantum knot invariants constructed via representations of quantum groups, and how these two apparently distinct theories come together through the Kontsevich invariant. Consisting of four parts, the book opens with an introduction to the fundamentals of knot theory, and to knot invariants such as the Jones polynomial. The second part introduces quantum invariants of knots, working constructively from first principles towards the construction of Reshetikhin-Turaev invariants and a description of how these arise through Drinfeld and Jimbo's quantum groups. Its third part offers an introduction to Vassiliev invariants, providing a careful account of how chord diagrams and Jacobi diagrams arise in the theory, and the role that Lie algebras play. The final part of the book introduces the Konstevich invariant. This is a universal quantum invariant and a universal Vassiliev invariant, and brings together these two seemingly different families of knot invariants. The book provides a detailed account of the construction of the Jones polynomial via the quantum groups attached to sl(2), the Vassiliev weight system arising from sl(2), and how these invariants come together through the Kontsevich invariant.