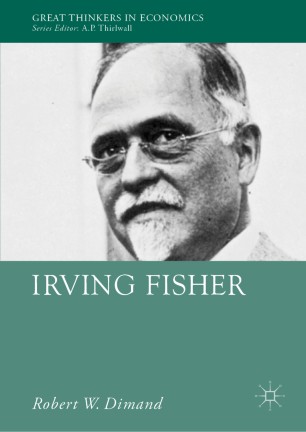 Acclaimed by Joseph Schumpeter as ‘The greatest economist the United States has ever produced’, this book examines the life and work of American economist and statistician Irving Fisher (1867–1947). Fisher’s reputation suffered for decades after his incorrect predictions for the stock market in October 1929 and the impact of Keynesian macroeconomics, but the importance of his work came to be recognized through the advocacy of many prestigious scholars including Milton Friedman, Hyman Minsky and James Tobin.
With pivotal contributions including his Debt-Deflation Theory, Fisher Diagram and Ideal Index Number, his research in neoclassical economics influenced policymaking in his own day as well as during the recent financial crisis. This volume will be of interest to all those interested in the twentieth century transformation of economics.

Robert Dimand is Professor of Economics at Brock University, Canada. In 2012-2013 he was President of the History of Economics Society. His first book, The Origins of the Keynesian Revolution (1988), was based on his Yale PhD dissertation, supervised by James Tobin. Since then he has authored and edited a dozen books, and more than 100 refereed journal articles. He previously published another book in this series entitled James Tobin (2014).