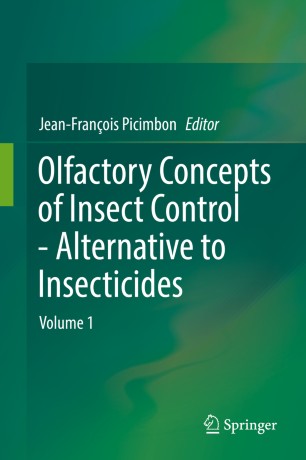 Evolution gave rise to a prominent insect diversity at every level of ecological niche. Since then, hordes of insects have threatened human and cattle health as well as most of all green lands and agricultural crops. Now, the insect problem expands from many mutant forms of yellow dengue fever mosquitoes to highly-resistant larvae of most all various phytophageous species. The tremendous expansion of insect pests is due not only to an increasing resistance capacity to insecticides, but also to a strong capacity for adapting to different climate and environmental changes, including global warming. Obviously insects display a number of sophisticated systems to build an extremely efficient organism to survive in a changing world. In many species, one pheromone molecule is enough to trigger mating behavior. Therefore, insects have become crucial models not only for evolutionary studies, but also for understanding specific mechanisms underlying sensory-based behaviors. Most of insect species such as ants, beetles, cockroaches, locusts, moths and mosquitoes largely rely on olfactory cues to explore the environment and find conspecifics and food resources. A conglomerate of renowned international scientific experts is gathered to expose the insect problem on the various continents of the planet and propose an alternative to the use of toxic Olfactory Concepts of Insect Control-Alternative to Insecticides. Sex pheromones, specific chemical signals necessary for reproduction, and pheromone detection in insects are described with full details of the olfactory mechanisms in the antennae and higher centers in the brain. Thus, new synthetic pheromones and/or plant odors with specific molecular target sites in the insect olfactory system are proposed for sustainable development in agricultural and entomological industries. Disrupting insect pheromone channels and plant odor detection mechanisms is solemnly envisioned as a unique way to control invasive insect pest species while preserving human and environment safety.