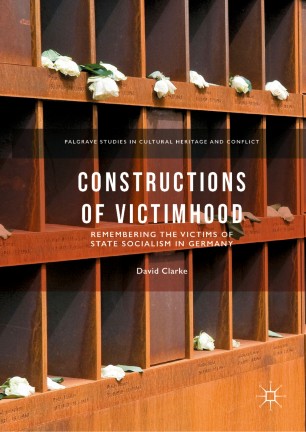 Remembering the Victims of State Socialism in Germany

The post-war Federal Republic of Germany faced the task of addressing the plight of the victims of state socialism under the Soviet occupation of eastern Germany and in the German Democratic Republic, many of whom fled to the west. These victims were not passive objects of the West German state’s policy, but organized themselves into associations that fought for recognition of their contribution to the fight against communism. After German unification, the task of commemorating and compensating these victims continued under entirely new political circumstances, yet also in the context of global trends in memory politics and transitional justice that give priority to addressing the fate of victims of non-democratic regimes.

Constructions of Victimhood: Remembering the Victims of State Socialism in Germany draws on the constructivist systems theory of Niklas Luhmann to analyze the role of victims organizations, the political system, and historians and heritage professionals in the struggle over the memory of suffering under state socialism, from the Cold War to the present day. The book argues that the identity and social role of victims has undergone a process of constant renegotiation in this period, offering an innovative theoretical framework for understanding how restorative measures are formulated to address the situation of victims. As such, it offers not only insights into a neglected aspect of post-war German history, but also contributes to the ongoing academic debate about the role of victims in process of transitional justice and the politics of memory.