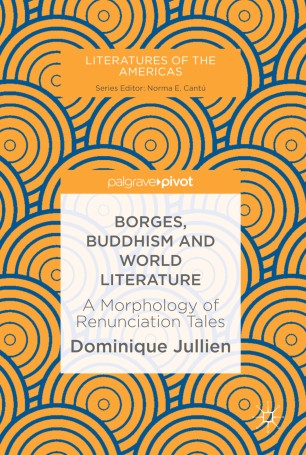 A Morphology of Renunciation Tales

This book follows the renunciation story in Borges and beyond, arguing for its centrality as a Borgesian compositional trope and as a Borgesian prism for reading a global constellation of texts. The renunciation story at the heart of Buddhism, that of a king who leaves his palace to become an ascetic, fascinated Borges because of its cross-cultural adaptability and metamorphic nature, and because it resonated so powerfully across philosophy, politics and aesthetics. From the story and its many variants, Borges’s essays formulated a 'morphological' conception of literature (borrowing the idea from Goethe), whereby a potentially infinite number of stories were generated by transformation of a finite number of 'archetypes'. The king-and-ascetic encounter also tells a powerful political story, setting up a confrontation between power and authority; Borges’s own political predicament is explored against the rich background of truth-telling renouncers. In its poetic variant, the renunciation archetype morphs into stories about art and artists, with renunciation a key requirement of the creative process: the discussion weaves in and out of Borges to highlight modern writers’ debt to asceticism. Ultimately, the enigmatic appeal of the renunciation story aligns it with the open-endedness of modern parables.

“With erudition, sensitivity, and a light touch, Dominique Jullien’s revelatory book investigates the “abandonment of power” trope as a morphing, centripetal force in Jorge Luis Borges’ entire fictional oeuvre. She also explores the same shifting trope as a centrifugal force informing the literary conceits of Franz Kafka, Karen Blixen and many others. When the centripetal and centrifugal lines of Jullien’s investigation meet, Borges becomes the author of Flaubert’s Temptation of Saint Anthony; and what started an Argentine engagement with Buddhism becomes a model for others to follow in the theory and practice of world literary studies.” (Efraín Kristal, UCLA, USA)
“When it comes to Jorge Luis Borges, the genius is in the details. In Borges, Buddhism and World Literature, Dominique Jullien carefully shows how this eponymous leitmotif permeates Borges’ work and connects it to the world’s literatures and to questions of philosophy, poetics and politics alike. With its refined sense of the concrete and its broad range of references that develop the many facets of the guiding theme, Professor Jullien’s book is not to be missed by anyone with an interest in Borges.” (Mads Rosendahl Thomsen, Aarhus University, Denmark)

“Jullien has written a seminal account of renunciation as a circulating narrative framework and a wider cultural gesture. She has managed to tease out its political and aesthetic implications in an extensive corpus of stories within and beyond the Borgesian hypertext. Students of world literature and Latin American culture will find this a very stimulating read.” (Galin Tihanov, Queen Mary University of London, UK)

“A King leaves his palace to become a monk, following a dialogue with an ascetic. This is the Great Renunciation scene found many times in stories around the world. Dominique Jullien’s Borges, Buddhism and World Literature picks up Borges’ lifelong attachment to Buddhism and examines his morphological model for the circulation of narrative. Touching on issues of politics and philosophy, the book presents a most original view of world literature, where the author analyzes Borges’ own stories and then successfully tries the pattern to writers as diverse as amongst others Burton, Kipling, Kafka, Yourcenar, Blixen and Coetzee. A brilliant feat of criticism, and a thoroughly enjoyable read.” (Piero Boitani, University of Rome ‘La Sapienza’ and University of Italian Switzerland)