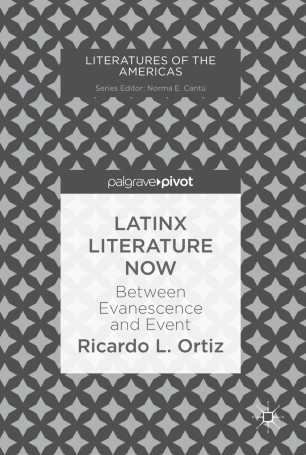 Between Evanescence and Event

Latinx Literature Now engages with a diverse collection of works in Latinx literary studies, critical theory, and the philosophy of history, as well as a wide range of Latinx literary texts, in order to offer readers an alternative model of how Latinx literary scholarship and Latinx literary criticism might go about doing their work. It encourages practitioners in the field to reflect on literature and latinidad together as both parallel and intersecting historical-cultural formations, and to assess from that reflection how literary works might uniquely condition and depict latinidad as something other than a fixed, stable category of identity, as instead an ongoing process of becoming, one always capable of promise, but also always vulnerable to risk, threat, precarity and even disappearance: that is, as always more prone to the performative flash of an evanescence than to the ontological solidity of an event.