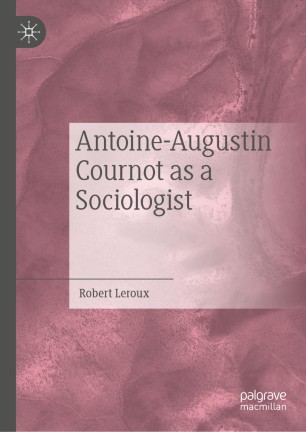 Antoine-Augustin Cournot as a Sociologist

The thinking of Antoine-Augustin Cournot has inspired a growing literature in economy and epistemology, but as of yet, his sociological thought has not been explicitly discussed and contextualized within the discipline. From the 1850s to the end of the 1870s, Cournot contributed significantly to the history of French sociology, particularly in the development of one essential idea: that forms of knowledge are intimately linked to the progress of reason. Philosophy, therefore, becomes interested in the development of the sciences, evolving as they do from the process of rationalizing human societies. Cournot’s comparative-historical sociology, “rediscovered” especially by Gabriel Tarde in the 20th century, seeks to understand how a macro-sociological trend can depend on the aggregation of a host individual decisions and actions, or to discern a certain order out of apparent chaos.

Robert Leroux is Professor of Sociology at the University of Ottawa, Canada. He is the author of, among other publications, History and Sociology in France (2018), The Foundations of Industrialism (2016), and Political Economy and Liberalism in France (2012).