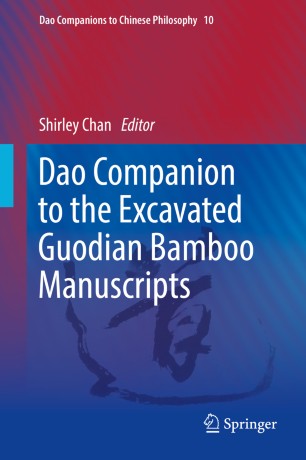 This volume covers the philosophical, historical, religious, and interpretative aspects of the ancient Guodian bamboo manuscripts (郭店楚簡) which were disentombed in the Guodian Village in Hubei Province, China, in 1993. Considered to be the Chinese equivalent of the Dead Sea Scrolls, these manuscripts are archaeological finds whose importance cannot be underestimated. Many of the texts are without counterparts in the transmitted tradition, and they provide unique insights into the developments of Chinese philosophy in the period between the death of Confucius (551-479 BCE) and the writings of Mencius (c.372-289 BCE), and beyond.

Divided into two parts, the book first provides inter-textual contexts and backgrounds of the Guodian manuscripts. The second part covers the main concepts and arguments in the Guodian texts, including cosmology and metaphysics, political philosophy, moral psychology, and theory of human nature. The thematic essays serve as an introduction to the philosophical significance and the key philosophical concepts/thought of each text contained in the Guodian corpus. Each chapter has a section on the implications of the texts for the received tradition, or for the purpose of comparing some of the text(s) with the received tradition in terms of the key philosophical concepts as well as the reading and interpretation of the texts. The volume covers most of the texts inscribed on the 800-odd slips of the Guodian corpus dated to the fourth century BCE.

Shirley Chan is Associate Professor and Head of Chinese Studies of Macquarie University, Sydney, Australia. She specializes in researches on ancient Chinese culture covering philosophy, textual studies, intellectual history, and excavated bamboo manuscripts, on which she has published extensively in both English and Chinese. She has been invited to appear in programs produced by the BBC, ABC and SBS on traditional Chinese thought and culture. Professor Chan has served as President of Chinese Studies Association of Australia and member of Editorial Board of several international journals including the Bamboo and Silk (Brill) and the Journal of Oriental Society of Australia.