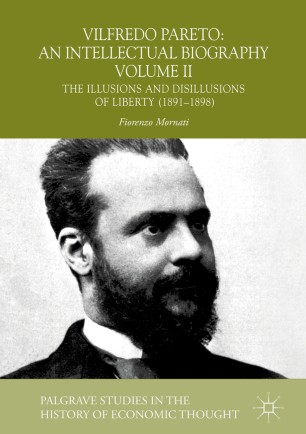 This three volume series of intellectual biography considers the life, work and impact on economic, social and political theory of the Italian economist, sociologist and political scientist Vilfredo Pareto (1848-1923).

This second volume follows Pareto from his time teaching at Lausanne to the juncture in his life where he first began to make theoretical contributions of his own. Mornati considers Pareto’s work on pure economics, general equilibrium, welfare economics and the economic case for socialism, as well as his critical observations of Italian and Swiss public policy.

Fiorenzo Mornati is Associate Professor in History of Economic Thought at the University of Turin, Italy.

Fiorenzo Mornati is Associate Professor in History of Economic Thought at the University of Turin, Italy.