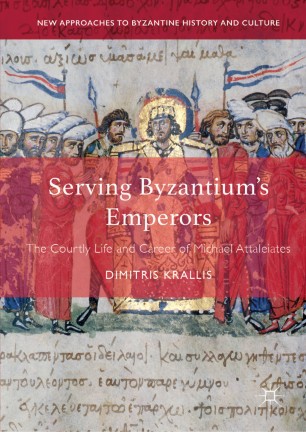 The Courtly Life and Career of Michael Attaleiates

This book is a microhistory of eleventh-century Byzantium, built around the biography of the state official Michael Attaleiates. Dimitris Krallis presents Byzantium as a cohesive, ever-evolving, dynamic, Roman political community, built on traditions of Roman governance and Hellenic culture. In the eleventh century, Byzantium faced a crisis as it navigated a shifting international environment of feudal polities, merchant republics, steppe migrations, and a rapidly transforming Islamic world. Attaleiates’ life, from provincial birth to Constantinopolitan death, and career, as a member of an ancient empire’s officialdom, raise questions of identity, family, education, governance, elite culture, Romanness, Hellenism, science and skepticism, as well as political ideology during this period. The life and work of Attaleiates is used as a prism through which to examine important questions about a long-lived medieval polity that is usually studied as exotic and distinct from both the European and the Near Eastern historical experience.

Dimitris Krallis is Associate Professor at the Stavros Niarchos Foundation Centre for Hellenic Studies at Simon Fraser University, Canada. He writes on questions of politics, society, intellectual culture, and governance in the middle Byzantine period.