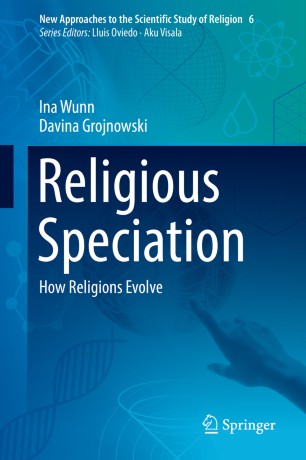 Part of the New Approaches to the Scientific Study of Religion book series (NASR, volume 6)

This book presents a consecutive story on the evolution of religions. It starts with an analysis of evolution in biology and ends with a discussion of what a proper theory of religious evolution should look like. It discusses such questions as whether it is humankind or religion that evolves, how religions evolve, and what adaptation of religions means. Topics examined include inheritance and heredity, religio-speciation, hybridization, ontogenetics and epigenetics, phylogenetics, and systematics. Calling attention to unsolved problems and relating the evolutionary subject matter to appropriate material, the book integrates and interprets existing data. Based on the belief that an unequivocal stand is more likely to produce constructive criticism than evasion of an issue, the book chooses that interpretation of a controversial matter which seems most consistent with the emerging picture of the evolutionary process.

“Nothing in biology makes sense except in the light of evolution,” the evolutionary biologist and co-founder of the so-called New Synthesis in Evolutionary Biology, Theodosius Dobszhansky (1900-1975), wrote in his famous essay of 1973, opposing creationism in American society. Today, Dobszhansky’s statement is not only fully accepted in biology, but has become the scientific paradigm in disciplines such as psychology, archaeology and the study of religions. Yet in spite of this growing interest in evolutionary processes in religion and culture, the term "evolution" and the capability of an evolutionary account have to date still not been properly understood by scholars of the Humanities. This book closes that gap.