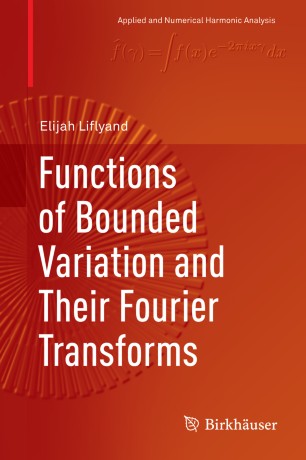 Functions of Bounded Variation and Their Fourier Transforms

Functions of bounded variation represent an important class of functions. Studying their Fourier transforms is a valuable means of revealing their analytic properties. Moreover, it brings to light new interrelations between these functions and the real Hardy space and, correspondingly, between the Fourier transform and the Hilbert transform.

This book is divided into two major parts, the first of which addresses several aspects of the behavior of the Fourier transform of a function of bounded variation in dimension one. In turn, the second part examines the Fourier transforms of multivariate functions with bounded Hardy variation. The results obtained are subsequently applicable to problems in approximation theory, summability of the Fourier series and integrability of trigonometric series.