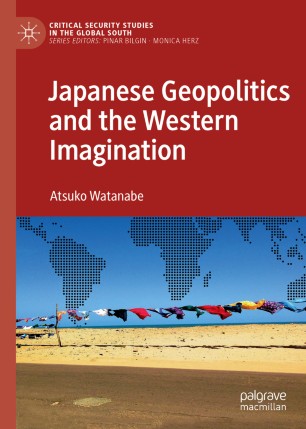 Japanese Geopolitics and the Western Imagination

This book is the first attempt to comprehensively introduce Japanese geopolitics. Europe’s role in disseminating knowledge globally to shape the world according to its standards is an unchallenged premise in world politics. In this story, Japan is regarded as an enthusiastic importer of the knowledge. The book challenges this ground by examining how European geopolitics, the theory of the modern state, traveled to Japan in the first half of the last century, and demonstrates that the same theory can invoke diverged imaginations of the world by examining a range of historical, political, and literary texts. Focusing on the transformation of power, knowledge, and subjectivity in time and space, Watanabe provides a detailed account to reconsider the formation of contemporary world order of the modern territorial states.
Atsuko Watanabe is Project Research Fellow at the Institute for Advanced Studies on Asia at the University of Tokyo, Japan. She also holds an associate fellowship at the Centre of the Study of Globalization and Regionalization at the University of Warwick, UK.

Atsuko Watanabe is Associate Professor at Hosei University, Japan and formerly held an associate fellowship at the Centre of the Study of Globalization and Regionalization at the University of Warwick, UK.

“The book is a valuable addition to the literature on international political theory … . for anyone interested in the social construction of the modern state, modernity, and world order, the book provides a well-grounded theoretical foundation for such inquiry.” (Hong Kong Nguyen, Journal of Asian Security and International Affairs, Vol. 6 (3), 2019)
Buy options