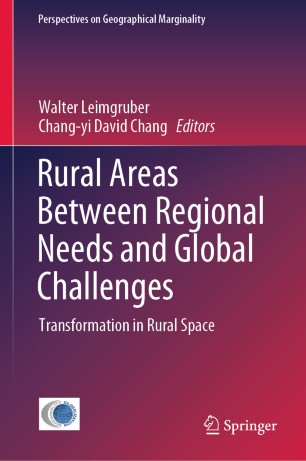 This book provides an up-to-date account of the many processes shaping and transforming rural space in various parts of the world. The various case studies focus on the multi-functionality of the rural world and the driving forces behind it. The book demonstrates that rural areas are no longer simply characterized by an agricultural economy, and instead accommodate multiple complementary activities. It also touches upon two major changes that have taken place. The first is the process of rurbanization, which has led to the clear distinction between town and countryside becoming blurred: urban traits have penetrated rural areas, and rural traits have invaded towns. The second change is that rural areas are increasingly seen as multi-functional, providers not only of food and other natural resources but also locations for the generation of renewable energy (wind farms, solar farms, biogas) and regions for the preservation of biodiversity. These transformations have resulted in a new understanding and self-image of rural areas and their populations.

Walter Leimgruber’s research interests include boundaries and transborder relations, regional development and inequality issues. He graduated and obtained his PhD from the University of Basle, Switzerland, where he worked from 1975 to 1980. From 1982 till his retirement in 2009 he taught human geography at the University of Fribourg, Switzerland. He has authored and edited/co-edited 7 books. He was President of the Association of Swiss Geographers (ASG) 1987 to 1989 and Chair of the Swiss National Committee IGU 1989 to 1992. 2001 to 2004 he directed the Centre d’Etudes, de Recherche et de Documentation sur l’Afrique à Fribourg (CERDAF) He chaired the IGU Commission on Evolving Issues on Geographical Marginality in the Early 21st Century World from 2000 to 2004 and has been its secretary since..

Chang-yi David Chang is currently the Chair Professor, Environmental and Development Program, Dharma Drum Institute of Liberal Arts. He was the chair of IGU Commission on Islands (2006–2016) and serves as a member of IHDP GLOLAL Change Commission, Academia Sinica, Taiwan. His research interests include environmental resources conservation and management in marginal regions. He is a member of international editorial advisory board of Geographiska Annaler, series B. He also published the book “Environmental Struggle in Taiwan” with professor J.F. Williams at Michigan State University in 2008. He was a Professor at National Taiwan University, where he taught at the Department of Geography from 1976 to 2010. He was the President of Geographical Society of Taiwan and the chair of IGU National Committee-Taiwan from 1999 to 2003. As a volunteer worker, he has also served as the President of the Taipei Yunhe Community University, which supports adult continuing education and social reform since the year 2000.