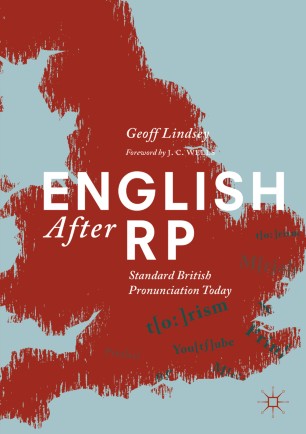 This book concisely describes ways in which today's standard British English speech differs from the upper-class accent of the last century, Received Pronunciation, which many now find old-fashioned or even comic. In doing so it provides a much-needed update to the existing RP-based descriptions by which the sound system of British English is still known to many around the world.
The book opens with an account of the rise and fall of RP, before turning to a systematic analysis of the phonetic developments between RP and contemporary Standard Southern British (SSB) in vowels, consonants, stress, connected speech and intonation. Topics covered include the anti-clockwise vowel shift, the use of glottal stops, 'intrusive r', vocal fry and Uptalk. It concludes with a Mini Dictionary of well over 100 words illustrating the changes described throughout the book, and provides a chart of updated IPA vowel symbols.
This book is an essential resource for anyone interested in British pronunciation and sound change, including academics in phonetics, phonology, applied linguistics and English language; trainers of English teachers; English teachers themselves; teachers of voice and accent coaches; and students in those areas.

Geoff Lindsey is Honorary Lecturer in Linguistics, and Director of the Summer Course in English Phonetics, at University College London, UK. He works internationally as a pronunciation and accent tutor and is co-editor of the online dictionary CUBE. He has also worked in film and TV as a writer and director.

“A concise, readable and teachable framework. It will be invaluable not only to teachers of EFL, but also to everyone teaching or studying linguistics and phonetics, speech and drama, and speech and language therapy. It is a book I wish I had written myself – but I don’t think I would have been able to make such a good job of it.” (From the Foreword by J.C. Wells, Emeritus Professor of Phonetics, University College London, UK)

“The subject of the phonetics of the standard English accent has been in the doldrums, and most pronunciation materials in current use are outdated. English After RP – whose author is ideally qualified – sets out the groundwork for a complete rethink. I believe the book will establish itself as an essential foundation for new directions in the phonetics of English.” (Peter Roach, Emeritus Professor of Phonetics, University of Reading, UK)