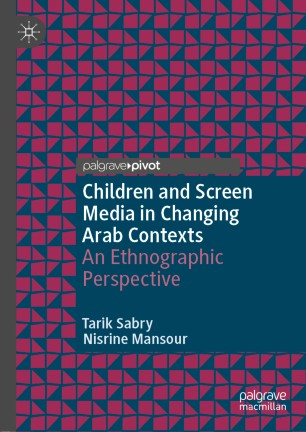 ‘Made up of a lucid and philosophically alert set of interlinked ethnographies, Sabry and Mansour’s new book provides us with an ethically informed examination of the media encounters of Arab children in everyday contexts. Their rigorous attention to the ways in which social class intersects political events, gender and geography to inflect particular media encounters is tempered by their analysis of features of Arab children’s media experience that cut across contexts.’ – Shakuntala Banaji, London School of Economics and Political Science, UK

Using a phenomenological and multi-sited ethnographic approach, this book focuses on children’s uses of digital media in three sites – London, Casablanca and Beirut – and situates the study of Arab children and screen media within a wider frame, making connections between local, regional and global media content. The study moves away from a conventional definition of media towards a pluralistic interpretation, and provides key ethnographic findings that reveal how the notion of home is extended across everyday spaces that children occupy. Exploring the relationship between children and media outside of the subject-object hierarchy, it re-connects them in a horizontal mapping of affectivity and intimacy. This book will appeal to scholars specializing in children and the media, digital media, media and cultural studies, media anthropology, philosophy and Middle Eastern studies.