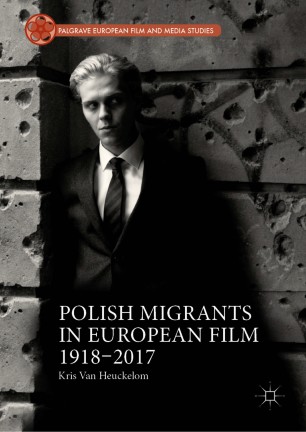 This study explores the representation of international migration on screen and how it has gained prominence and salience in European filmmaking over the past 100 years. Using Polish migration as a key example due to its long-standing cultural resonance across the continent, this book moves beyond a director-oriented approach and beyond the dominant focus on postcolonial migrant cinemas. It succeeds in being both transnational and longitudinal by including a diverse corpus of more than 150 films from some twenty different countries, of which Roman Polański’s The Tenant, Jean-Luc Godard’s Passion and Krzysztof Kieślowski’s Trois couleurs: Blanc are the best-known examples. Engaging with contemporary debates on modernisation and Europeanisation, the author proposes the notion of “close Otherness” to delineate the liminal position of fictional characters with a Polish background. Polish Migrants in European Film 1918-2017 takes the reader through a wide range of genres, from interwar musicals to Cold War defection films; from communist-era exile right up to the contemporary moment. It is suitable for scholars interested in European or Slavic studies, as well as anyone who is interested in topics such as identity construction, ethnic representation, East-West cultural exchanges and transnationalism.

Kris Van Heuckelom is Professor of Polish Studies and Cultural Studies at KU Leuven, Belgium. He specialises in late modern Polish culture, with a particular focus on comparative and transnational perspectives, and has published several books, edited volumes and anthologies in these domains.

“The book could also be read as a tacit call for more variegated portrayals of expats (expat intellectuals, for example) that do more than merely confirming what Western European viewers might already know of Eastern Europe.” (Ewa Stańczyk, Studies in European Cinema, November 17, 2020)
Buy options