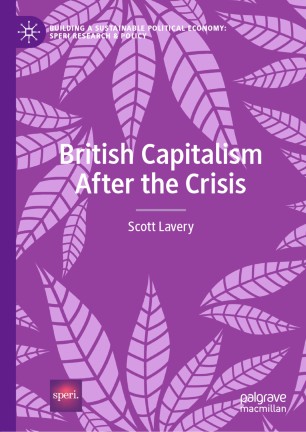 British Capitalism After the Crisis

The 2008 financial crisis rocked British capitalism to its foundations. More than a decade after the crash, the country is still dealing with its consequences. This book explores the extent to which British capitalism has been reconfigured in this tumultuous period. Advancing an in-depth analysis of the political economy of New Labour, the Coalition and the period after Brexit, the book argues that deep structural weaknesses have been re-embedded within British capitalism. The Coalition promised to eliminate the deficit in one parliament and to ‘rebalance’ the British economy. It did neither. Instead, real wages slumped, uneven development intensified and productivity stagnated. An era of volatile post-crisis politics - exemplified by Brexit, the May government and the rise of Corbyn - emerged in this context, threatening the foundations of the old order. This book is required reading for students and scholars interested in the fractious political economy of British capitalism after the crisis.
Scott Lavery is a lecturer in the Department of Politics and Research Fellow at the Sheffield Political Economy Research Institute (SPERI) at the University of Sheffield, UK. His research sits at the intersection of International Political Economy, British Politics and EU studies and examines the political economy of post-crisis capitalism.