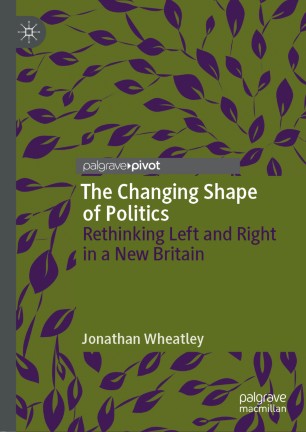 The Changing Shape of Politics

Rethinking Left and Right in a New Britain

"A lucid, evidence-packed analysis which persuasively argues that, in an age of austerity and insecurity, where we might have expected economic concerns to trump everything else, cultural rather than class differences now constitute the essential terrain on which today’s (and tomorrow’s) political battles will be fought."
—Tim Bale, Queen Mary University of London, UK
This book investigates whether politics in Britain in the twenty-first century is driven more by issues of culture and identity than by “left versus right” issues of wealth distribution. Drawing from a number of opinion surveys, it explores the shifting positions of voters on both economic matters and matters of culture and identity. It finds that between 2015 and 2017 support for Britain's main political parties became much more predicated on issues of culture and identity, reflecting a radical change in how parties attract voters. In the longer-term, it suggests that issues of culture and identity have become more salient overall, possibly because of the oft-cited divide between winners and losers of globalisation. The book ends by speculating on why politics has become more polarised on these issues, rather than on the economic fallout of globalisation, and suggests that an explanation is to be found in changing forms of political communication between voters and politicians.
Jonathan Wheatley is a lecturer in Comparative Politics at Oxford Brookes University, UK. He has published widely on democratization in post-communist countries; parties, party systems and political cleavages in both established and developing democracies; and the development and deployment of voting advice applications (VAAs).