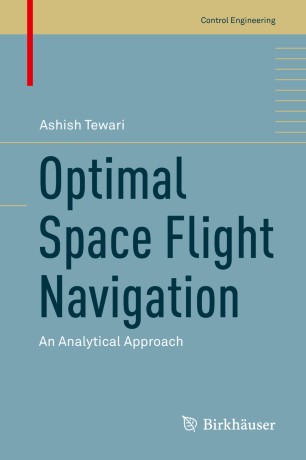 This book consolidates decades of knowledge on space flight navigation theory, which has thus far been spread across various research articles. By gathering this research into a single text, it will be more accessible to students curious about the study of space flight navigation. Books on optimal control theory and orbital mechanics have not adequately explored the field of space flight navigation theory until this point.
The opening chapters introduce essential concepts within optimal control theory, such as the optimization of static systems, special boundary conditions, and dynamic equality constraints. An analytical approach is focused on throughout, as opposed to computational. The result is a book that emphasizes simplicity and practicability, which makes it accessible and engaging. This holds true in later chapters that involve orbital mechanics, two-body maneuvers, bounded inputs, and flight in non-spherical gravity fields.
The intended audience is primarily upper-undergraduate students, graduate students, and researchers of aerospace, mechanical, and/or electrical engineering. It will be especially valuable to those with interests in spacecraft dynamics and control. Readers should be familiar with basic dynamics and modern control theory. Additionally, a knowledge of linear algebra, variational methods, and ordinary differential equations is recommended.