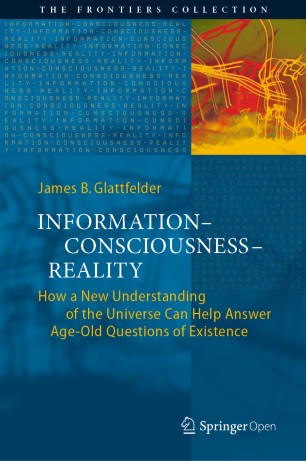 This open access book chronicles the rise of a new scientific paradigm offering novel insights into the age-old enigmas of existence. Over 300 years ago, the human mind discovered the machine code of reality: mathematics. By utilizing abstract thought systems, humans began to decode the workings of the cosmos. From this understanding, the current scientific paradigm emerged, ultimately discovering the gift of technology. Today, however, our island of knowledge is surrounded by ever longer shores of ignorance. Science appears to have hit a dead end when confronted with the nature of reality and consciousness. In this fascinating and accessible volume, James Glattfelder explores a radical paradigm shift uncovering the ontology of reality. It is found to be information-theoretic and participatory, yielding a computational and programmable universe.

James B. Glattfelder grew up in the Swiss mountains and holds an M.Sc. in theoretical physics next to a Ph.D. in the study of complex systems. For over a decade, he worked as a quantitative researcher developing trading algorithms and is currently associated with the nascent decentralized ledger technology ecosystem. James also worked at the University of Zurich, analyzing economic networks. He has been invited as a speaker to various international academic and non-academic events and multiple media outlets have featured his research. James is happily married to his wife Ladina. In his spare time, he likes to snowboard, skateboard, surf, travel, and listen to electronic music.