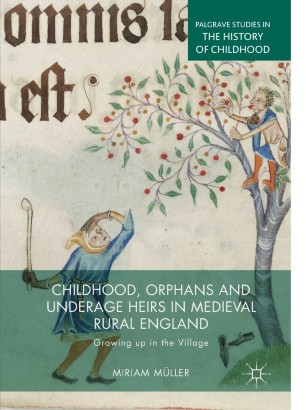 Growing up in the Village

This book explores the experience of childhood and adolescence in later medieval English rural society from 1250 to 1450. Hit by major catastrophes – the Great Famine and then a few decades later the Black Death – this book examines how rural society coped with children left orphaned, and land inherited by children and adolescents considered too young to run their holdings. Using manorial court rolls, accounts and other documents, Miriam Müller looks at the guardians who looked after the children, and the chattels and lands the children brought with them. This book considers not just rural concepts of childhood, and the training and schooling young peasants received, but also the nature of supportive kinship networks, family structures and the roles of lordship, to offer insights into the experience of childhood and adolescence in medieval villages more broadly.

Miriam Müller is Lecturer in Medieval History at the University of Birmingham, UK. She has published widely on various aspects of medieval social and economic history, especially the English peasantry, popular protest and gender.