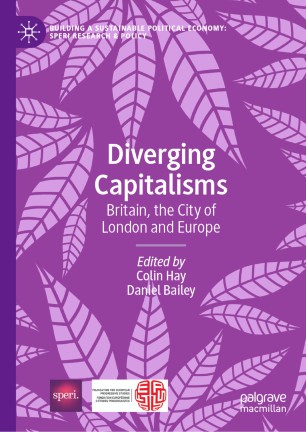 Britain, the City of London and Europe

This book analyses the changing nature of the British economy and the consequences of Brexit upon its place within the European economic space. The overhang from the global financial crisis, the Eurozone crisis, the political negotiation of prolonged economic downturn and now the spectre of ‘Brexit’ provide the backdrop for various forms of capitalist restructuring designed to restore competitiveness and prosperity. This re-structuring has clear implications for existing European growth models, the structural imbalances and inequalities which characterise the British economy, the fortunes of the City of London and competing financial districts internationally, and the prospective strategies of progressive politics in this context. Adopting a broadly critical political economy lens – which gives analytical weight to the relationship between economic and political dynamics – the book will draw on the research of eminent scholars to assess divergence in the foundations of economic competitiveness and their social repercussions.
Colin Hay is Professor of Political Science in the Centre d’études européennes at Sciences Po, Paris, and the Department of Politics at the University of Sheffield.  He is also the Co-Director of the Sheffield Political Economy Research Institute.
Daniel Bailey is Post-Doctoral Research Fellow at the University of Manchester having previously worked at the Sheffield Political Economy Research Institute and the University of York.