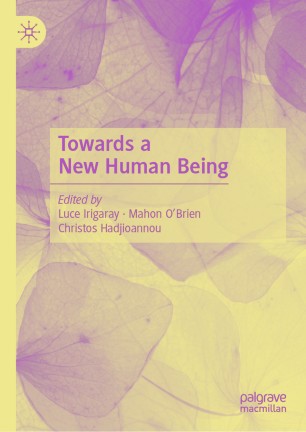 Towards a New Human Being

With my own introduction and epilogue, Towards a New Human Being gathers original essays by early career researchers and established academic figures in response to To Be Born, my most recent book. The contributors approach key issues of this book from their own scientific fields and perspectives – through calls for a different way of bringing up and educating children, the constitution of a new environmental and sociocultural milieu or the criticism of past metaphysics and the introduction of new themes into the philosophical horizon. However, all the essays which compose the volume correspond to proposals for the advent of a new human being – so answering the  subtitle of To Be Born: Genesis of a New Human Being. To Be Born thus acts as a background from which each author had the opportunity to develop and think in their own way. As such Towards a New Human Being  is part of a longer-term undertaking in which I engaged together and in dialogue with more or less confirmed thinkers with a view to giving birth to a new human being and building a new world.

Luce Irigaray is one of the leading thinkers of our age. She is the author of more than thirty books translated into various languages, the most recent of which are Sharing the World (2008), In the Beginning, She Was (2012) and Through Vegetal Being (co-authored with Michael Marder, 2016). She is also the co-editor (with Michael Marder) of Building a New World (2015), a volume in which early-career researchers from her seminars explore new ways of thinking, in order to promote a world-wide community respectful of differences between the sexes, generations, cultures and traditions.
Mahon O'Brien is senior lecturer in philosophy at the University of Sussex, UK. His work is largely concerned with issues in phenomenology, in particular, the work of Martin Heidegger. He has published two books on Heidegger to date with another due to appear later this year. He is also interested in the history of philosophy more broadly and is currently working on a number of papers on Plato as well as some of the central themes in twentieth century phenomenology.
Christos Hadjioannou is IRC Postdoctoral Fellow at University College Dublin, Ireland. He completed a PhD in Philosophy at Sussex University, UK, in 2015. His thesis was entitled The Emergence of Mood in Heidegger’s Phenomenology. His main research interest lies in Heidegger’s philosophy, with an emphasis on the affective elements of his thought. He has co-edited a volume on Heidegger on Technology (Routledge, 2018), and is currently editing a volume on Heidegger on Affect (Palgrave, forthcoming).