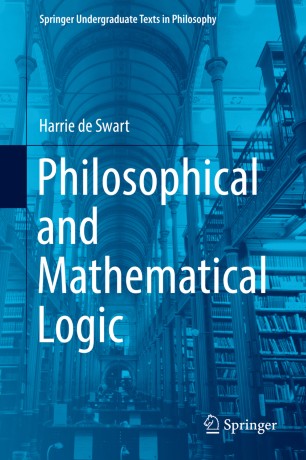 This book was written to serve as an introduction to logic, with in each chapter – if applicable – special emphasis on the interplay between logic and philosophy, mathematics, language and (theoretical) computer science. The reader will not only be provided with an introduction to classical logic, but to philosophical (modal, epistemic, deontic, temporal) and intuitionistic logic as well. The first chapter is an easy to read non-technical Introduction to the topics in the book. The next chapters are consecutively about Propositional Logic, Sets (finite and infinite), Predicate Logic, Arithmetic and Gödel’s Incompleteness Theorems, Modal Logic, Philosophy of Language, Intuitionism and Intuitionistic Logic, Applications (Prolog; Relational Databases and SQL; Social Choice Theory, in particular Majority Judgment) and finally, Fallacies and Unfair Discussion Methods. Throughout the text, the author provides some impressions of the historical development of logic: Stoic and Aristotelian logic, logic in the Middle Ages and Frege's Begriffsschrift, together with the works of George Boole (1815-1864) and August De Morgan (1806-1871), the origin of modern logic. Since "if …, then …" can be considered to be the heart of logic, throughout this book much attention is paid to conditionals: material, strict and relevant implication, entailment, counterfactuals and conversational implicature are treated and many references for further reading are given. Each chapter is concluded with answers to the exercises.

Harrie de Swart has almost fifty years of experience in teaching Logic in all its aspects at three different universities. The author has great experience in making the insights and highlights of logic accessible to students, also to those students who are not keen on mathematical methods. He is convinced that the interest of logic is in its relationships with philosophy, mathematics, artificial intelligence, computer science and linguistics. Apart from logic, also the theory of social choice belongs to his research interests.

“The book can be recommended not only to students and teachers of mathematic and philosophy, but also to a wider circle of readers interested in all aspects of applications of modern symbolic logic in linguistic, computer science, and philosophy and methodology of science.” (Branislav Boričić, zbMATH 1446.03001, 2020)
“The book is very well-written and obviously includes some very serious mathematical logic … . For the reader for whom this subject, or these subjects with their particular philosophical connections, is (are) candy … this book is a wonderful source indeed.” (Michael Berg, MAA Reviews, July 21, 2019)
Buy options