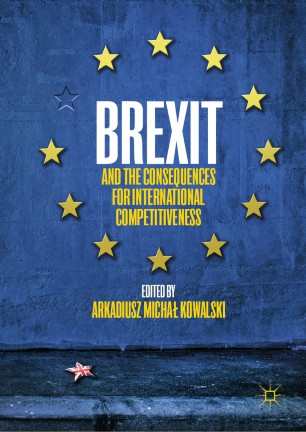 Brexit and the Consequences for International Competitiveness

Arkadiusz Michał Kowalski is Associate Professor and Head of the East Asian Research Unit at the World Economy Research Institute in the Warsaw School of Economics, Poland. His research and academic teaching focuses on innovation systems, clusters, international competitiveness, internationalization of firms, and economies in East and South-East Asia. He has been involved as a manager or researcher in different European or domestic research projects in these areas, which has resulted in more than 50 publications, including books, chapters, articles in scientific journals and expert reports. He is a member of the Association of Polish Economists and of the Microeconomics of Competitiveness (MOC) Network, coordinated by the Institute for Strategy and Competitiveness, Harvard Business School, Boston, USA.