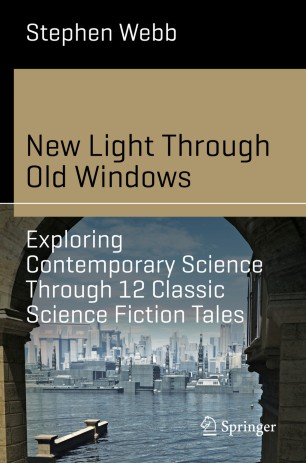 This book presents the reader with some of the earliest classic SF short stories – all of them published between 1858 and 1934, featuring both well-known and long-forgotten writers – dealing for the first time with topics to which science had (some) answers only at much later stages. This includes aspects of alien life forms, transmogrification, pandemics, life on Mars, android robots, big data, matter transmission and impact events to name but a few.

The short stories are reprinted in full alongside extensive commentaries which also examine some of the latest scientific thinking surrounding the story’s main theme and provide the reader with suggestions for further reading.

Since gaining a BSc in physics from the University of Bristol and a PhD in theoretical physics from the University of Manchester, Stephen Webb has worked in a variety of universities in the UK. He has published an undergraduate textbook Measuring the Universe - The Cosmological Distance Ladder (1999) as well as several popular science books, among them Out of this World - Colliding Universes, Branes, Strings, and Other Wild Ideas of Modern Physics in 2004, New Eyes on the Universe - Twelve Cosmic Mysteries and the Tools We Need to Solve Them in 2012, the second edition of If the Universe Is Teeming with Aliens ... WHERE IS EVERYBODY? Seventy-Five Solutions to the Fermi Paradox and the Problem of Extraterrestrial Life in 2015, All the Wonder that Would Be - Exploring Past Notions of the Future in 2017, also published as part of Springer’s Science and Fiction series, as well as recently, Clash of Symbols - A ride through the riches of glyphs. His 2018 TED talk on aliens has to date been watched more than 2.33 million times.