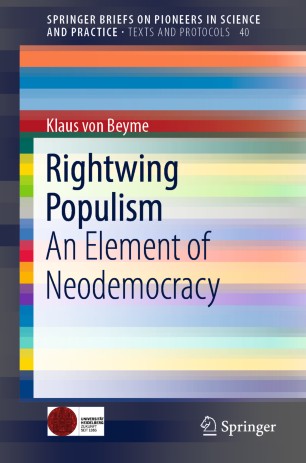 Part of the SpringerBriefs on Pioneers in Science and Practice book series (BRIEFSPIONEER, volume 40)

This book, written by a prominent German political scientist and specialist for political theory and comparative government, analyses right-wing populism as a topical theme of postmodern party systems in Europe and the United States.