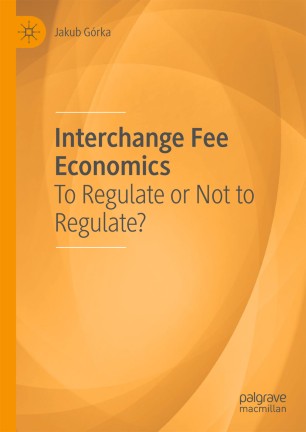 To Regulate or Not to Regulate?

Interchange fees have been the focal point for debate in the card industry, among competition authorities and policy makers, as well as in the economic literature on two-sided markets and on the regulation of market failures. This book offers insight into the economics of interchange fees. First, it explains the nature of two-sided markets/platforms/networks and elaborates on four-party schemes and on the rationale behind interchange fees according to Baxter’s model and its later refinements. It also includes the debate about the optimum level of interchange fees and its determination (“tourist test”),  and presents the original framework for assessing the impact of interchange fee regulatory reductions for the market participants: consumers, merchants, acquirers, issuers, and card organisations. The framework addresses three areas of concern in reference to the transmission channels of interchange fee reductions (pass-through) and the card scheme domain (triangle: payment organisation, issuer, acquirer). The book discusses the effects of regulatory interchange fee reductions in Australia, USA, Spain, and, most specifically, Poland.  It will be of interest to policy makers, card and payments industry practitioners, academics, and students.