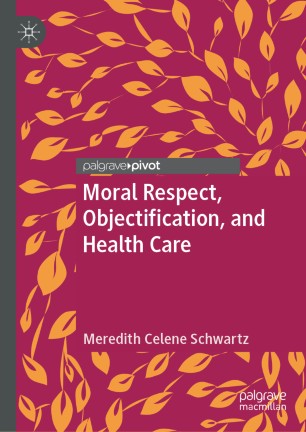 "Meredith Schwartz offers an original analysis of the nature of respect owed to patients in the context of health interactions. She explains what is the proper target of respect, why all humans (no matter their level of competence) are entitled to respect, why respect is especially important in the context of health care delivery, and how health workers can fail in their duty to treat a patient with respect. Her account is clear, deep, and very important to those interested in the practical demands of clinical bioethics and to philosophers interested in understanding the nature of the moral duty of respect."

This book fills an important gap in existing health care ethics literature by describing an egalitarian conception of moral respect which applies to autonomous and non-autonomous patients alike. It reframes questions about respect, from its target to the role that respect plays in our moral lives. Taking into account various forms of objectification, it suggests that the unique role of moral respect is to recognize a person as more than a mere object; to recognize them as an equally intrinsically valuable being who possesses dignity. Further, the book argues that respect is central to health care because medicine and experiences of illness are both inherently objectifying. Objectification is sometimes morally permissible, and other times morally troubling—a context of respect can help to distinguish between these situations. Because we can reduce others to mere objects in ways other than violating or denying their autonomy, the approach presented here can also accommodate non-autonomous patients directly without considering them as marginal cases.