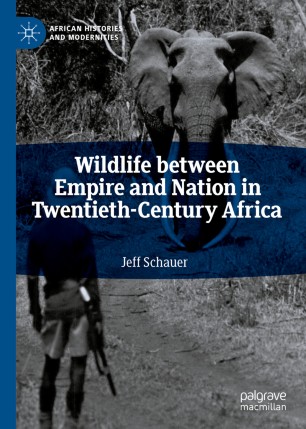 Wildlife between Empire and Nation in Twentieth-Century Africa

This book traces the emergence of wildlife policy in colonial eastern and central Africa over the course of a century. Spanning from imperial conquest through the consolidation of colonial rule, the rise of nationalism, and the emergence of neocolonial and neoliberal institutions, this book shows how these fundamental themes of the twentieth century shaped the relationships between humans and animals in what are today Kenya, Tanzania, Uganda, Zambia, and Malawi. A set of key themes emerges—changing administrative forms, militarization, nationalism, science, and a relentlessly broadening constituency for wildlife. Jeff Schauer illuminates how each of these developments were contingent upon the colonial experience, and how they fashioned a web of structures for understanding and governing wildlife in Africa—one which has lasted into the twenty-first century.