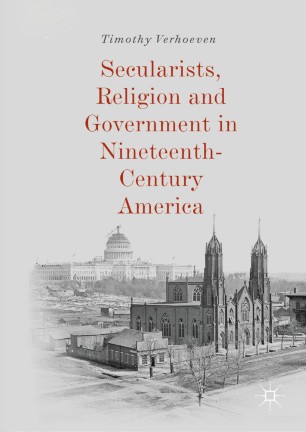 This book shows how, through a series of fierce battles over Sabbath laws, legislative chaplains, Bible-reading in public schools and other flashpoints, nineteenth-century secularists mounted a powerful case for a separation of religion and government. Among their diverse ranks were religious skeptics, liberal Protestants, members of minority faiths, labor reformers and defenders of slavery. Drawing on popular petitions to Congress, a neglected historical source, the book explores how this secularist mobilization gathered energy at the grassroots level.
The nineteenth century is usually seen as the golden age of an informal Protestant establishment. Timothy Verhoeven demonstrates that, far from being crushed by an evangelical juggernaut, secularists harnessed a range of cultural forces—the legacy of the Revolutionary founders, hostility to Catholicism, a belief in national exceptionalism and more—to argue that the United States was not a Christian nation, branding their opponents as fanatics who threatened both democratic liberties as well as true religion.