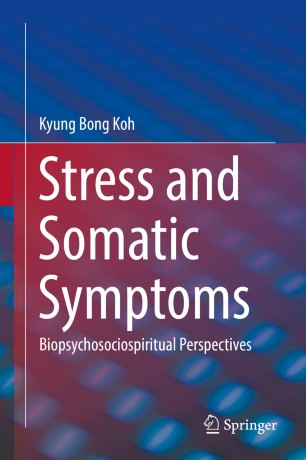 This book focuses on the assessment and treatment of patients with somatic symptoms, based on biopsychosociospiritual model. Specific assessment skills and treatment techniques are required to approach them effectively. A broad spectrum of knowledge about stress is also needed because stress is closely related to the onset and course of disorders with somatic symptoms.

This book consists of four parts.  Part 1 ‘Stress’ explores stress, vulnerability, and resilience; intermediate mechanisms between stress and illnesses such as psychoendocrinology and psychoimmunology; the measurement of stress; and the relationship between stress and accidents.

Part 2 ‘Somatization’ deals with the concept, mechanisms, assessment, and treatment of somatization. In addition, somatic symptom and related disorders in DSM-5 is included. However, the approach to chronic pain is separately added to this part because pain is a major concern for patients with these disorders.

Part 4 ‘Religion, spirituality and psychosomatic medicine’ emphasizes the importance of a biopsychosociospiritual perspective in an approach for patients with somatic symptoms, especially depressed patients with physical diseases and patients with terminal illnesses because of the growing need for spirituality in such patients.

This book explores stress and a variety of issues relevant to the assessment and treatment of disorders with somatic symptoms in terms of biopsychosociospiritiual perspectives. It will be of interest to researchers and healthcare practitioners dealing with stress, health and mental health.