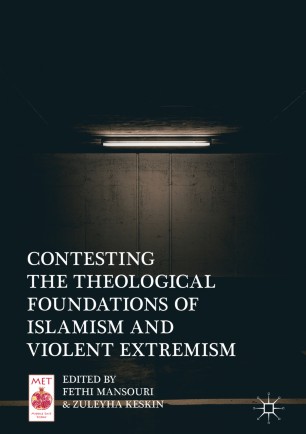 Contesting the Theological Foundations of Islamism and Violent Extremism

This edited volume discusses critically discursive claims about the theological foundations connecting Islam to certain manifestations of violent extremism. Such claims and associated debates become even more polarizing when images of violent acts of terrorism performed in the name of Islam circulate in the global media. The authors argue that the visibility of such mediated violent extremism, in particular since the emergence of ISIS, has created a major political and security challenge not only to the world but also to the global Muslim community. This is particularly true in relation to the way Islam is being understood and characterized in the modern world. Existing studies on radicalization generally deal with causes and strategies to address violent extremism. The book will appeal to scholars, researchers and students in political science, Middle Eastern and Islamic Studies.

Fethi Mansouri is Director of the Alfred Deakin Institute for Citizenship and Globalization at Deakin University and UNESCO Chairholder at Cultural Diversity and Social Justice, Australia.