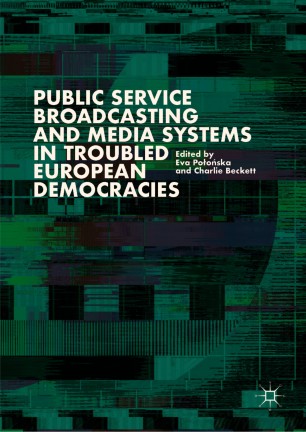 This book provides the most recent overview of media systems in Europe. It explores new political, economic and technological environments and the challenges they pose to democracies and informed citizens. It also examines the new illiberal environment that has quickly embraced certain European states and its impact on media systems, considering the sources and possible consequences of these challenges for media industries and media professionals.

Part I examines the evolving role of public service media in a comparative study of Western, Southern and Central Europe, whilst Part II ventures into Europe’s periphery, where media continues to be utilised by the state in its quest for power. The book also provides an insight into the role of the European Union in preserving the independence and neutrality of public service media. It will be useful to students and researchers of political communication and international and comparative media, as well as democracy and populism.

Eva Połońska is a Research Fellow at the Department of Media and Communications, London School of Economics and Political Science, UK.

Charlie Beckett is the founding director of POLIS, UK, the think-tank for research and debate in international journalism and society. He was a programme editor at ITN's Channel 4 News and a senior producer and programme editor at BBC News and Current affairs for ten years.

“Media freedom, already endangered by technological changes, takes centre stage in democracy’s fight for survival just three decades after its sweeping post-Cold War victories worldwide. In this new era, troubled democracies across the world are led by autocrats who seek to capture the media. This volume is crucial in holding a mirror to all of the methods they use to annihilate informed choice, install self-censorship and suffocate the media.” (Miklós Haraszti, Central European University, Hungary)
Buy options