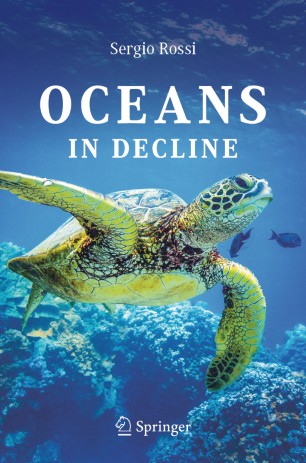 What is happening in our oceans? By describing their main elements, this book shows how and why the oceans are being transformed, and suggests possible future scenarios to address this complex, yet often-asked, question. The ocean is being dramatically transformed, but the magnitude of this transformation remains unclear since the ocean is largely inaccessible and still unknown: there is more information about the outer universe than about the deepest parts of our oceans.

The author, a marine biologist with extensive research experience, offers a holistic view of our oceans. Focusing on fishing, pollution and the effects of climate change, he identifies and describes the changes occurring in all marine ecosystems, and discusses the long-passed state of equilibrium.

Sergio Rossi is a senior researcher at the Environmental Sciences and Technology Institute of the Universitat Autònoma de Barcelona from 2007, following more than thirteen years spent at the Marine Sciences Institute of Barcelona (CSIC). Born in 1969 in Barcelona, he is half Italian and half Spanish, has a doctorate in Biology from the University of Barcelona, and is a consummate observer of nature. Specialized in marine biology and ecology, Rossi has participated on a number of scientific expeditions all over the world: the Antarctic, California, Réunion island, Chile, Mexico, Brazil and many other research areas. Aiming to have an impact in the human society, Rossi has a prolific writing career in popular science to explain the details of the conservation  projects in which he is involved. Blue Oceans very elegantly conveys Rossi’s awareness from the tropical coral reefs affected by climate change to the bottom trawling effects on the so called animal forests of the world.