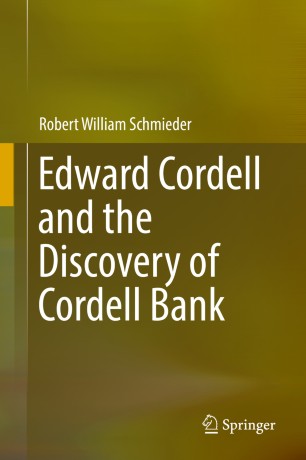 Edward Cordell and the Discovery of Cordell Bank

This book presents a complete account of the 19th century German immigrant Edward Cordell, a hydrographer who discovered a major seamount that was designated the Cordell Bank National Marine Sanctuary. The book is entirely primary source material, and offers previously unpublished material about Edward Cordell, the Cordell Bank, and numerous other events and places associated with Cordell and the United States Coast Survey. The book will be of interest to maritime researchers and historians, environmental scientists and managers, and general enthusiasts of maritime history and the U.S. Coast Survey in the mid-1800s.

Dr. Robert William Schmieder is the founder and Expedition Leader of Cordell Expeditions, a nonprofit research group begun in 1977. The group is responsible for the creation of the Cordell Bank National Marine Sanctuary and for numerous research expeditions to remote oceanic sites. His specialty has been very large and complicated scientific expeditions and developing new communications technology for remote expedition sites. Professionally he is a research physicist, with about 100 publications including four patents. He is the inventor and founder of NanoLogic Inc. He is a Fellow of the Explorers Club and former Chairman of its Northern California Chapter. For 28 years, he was the owner and operator of a research vessel, the Cordell Explorer. Originally licensed in 1962, he holds amateur radio Extra Class license KK6EK. He is the author of about a dozen books, most based on his expeditions.