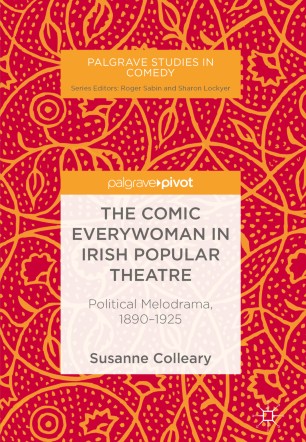 This book is a comprehensive study of comic women in performance as Irish Political Melodrama from 1890 to 1925. It maps out the performance contexts of the period, such as Irish “poor” theatre both reflecting and complicating narratives of Irish Identity under British Rule. The study investigates the melodramatic aesthetic within these contexts and goes on to analyse a selection of the melodramas by the playwrights J.W. Whitbread and P.J. Bourke. In doing so, the analyses makes plain the comic structures and intent that work across both character and action, foregrounding comic women at the centre of the discussion. Finally, the book applies a “practice as research” dimension to the study. Working through a series of workshops, rehearsals and a final performance, Colleary investigates comic identity and female performance through a feminist revisionist lens. She ultimately argues that the formulation of the Comic Everywoman as staged “Comic” identity can connect beyond the theatre to her “Everyday” self. This book is intended for those interested in theatre histories, comic women and in popular performance.

Susanne Colleary is a lecturer and theatre practitioner at Sligo Institute of Technology, Ireland, and is an adjunct lecturer at Trinity College Dublin, Ireland. She is the author of Performance and Identity in Irish Stand-Up Comedy (Palgrave Macmillan, 2015) and has published on Irish theatre, stand-up comedy and television satire. She is also a guest reviewer and essayist for Arena Arts Show on RTÉ Radio One.