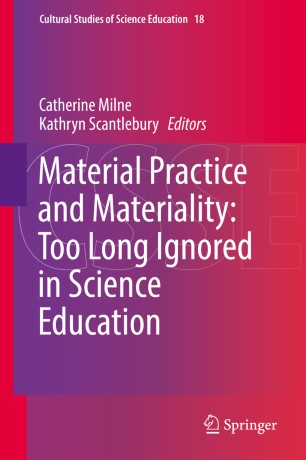 Material Practice and Materiality: Too Long Ignored in Science Education

In this book various scholars explore the material in science and science education and its role in scientific practice, such as those practices that are key to the curriculum focuses of science education programs in a number of countries.

However, in education and science education there is a tendency to ignore material practice and to focus on social practice with language as the arbiter of such social practice. Often material practice, such as those associated with scientific instruments and other apparatus, is ignored with instruments understood as "inscription devices", conduits for language rather than sources of material culture in which scientists share “material other than words” (Baird, 2004, p. 7) when they communicate new knowledge and realities. While we do not ignore the role of language in science, we agree with Barad (2003) that perhaps language has too much power and with that power there seems a concomitant loss of interest in exploring how matter and machines (instruments) contribute to both ontology and epistemology in science and science education.