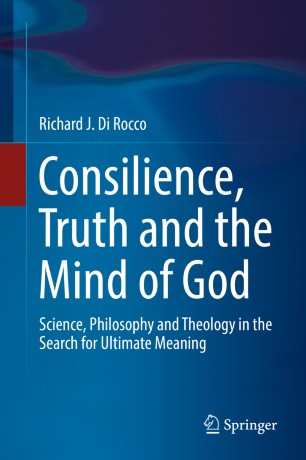 Consilience, Truth and the Mind of God

Science, Philosophy and Theology in the Search for Ultimate Meaning

This book argues that God can be found within the edifice of the scientific understanding of physics, cosmology, biology and philosophy. It is a rewarding read that asks the Big Questions which humans have pondered since the dawn of the modern human mind, including: Why and how does the universe exist? From where do the laws of physics come? How did life and mind arise from inanimate matter on Earth? Science and religion have a common interest in the answers to such questions, yet many scientists and believers have been at odds for centuries.

The author and contributors present a program for moving beyond the vastly different perspectives of reality offered by science and religion. Historical proofs for the existence of God are considered in light of the possibility that the universe may be only one in an eternal multiverse that contains an infinite number of other universes. Readers will find a modification of St. Augustine’s Argument from Truth for the existence of the necessary, self-sufficient being commonly referred to as God.  This book is suited to all with an interest in the crossing points of science and religion, providing much food for thought and reflection.

If in the end, you cannot accede to philosophy’s proofs, or theism’s invitation to faith, perhaps you will nevertheless say ‘yes’ to the amazing universe in which we live.

Coherence of science and religion Proofs for the existence of God Eternal multiverse cosmology Quantum physics Abiogenesis, the origin of life Human evolution Evolution of the human brain The nature of human inquiry Mathematics and truth The ontology of truth