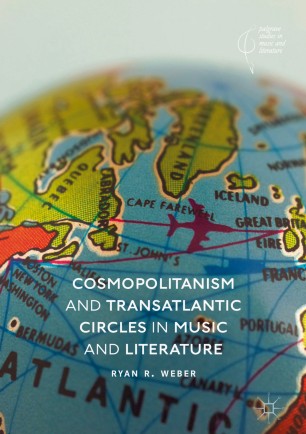 Cosmopolitanism and Transatlantic Circles in Music and Literature

Cosmopolitanism and Transatlantic Circles in Music and Literature traces the transatlantic networks that were constructed between a select group of composers, including Edvard Grieg, Edward MacDowell, and Percy Grainger, and the writers with whom they shared cosmopolitan affinities, including Arne Garborg, Hamlin Garland, Madison Grant, and Lathrop Stoddard.  Each overlapping case study surveys the diachronic transmission of cosmopolitanism as well as the synchronic practices that animated these modernist ideas.  Instead of taking a strictly chronological approach to organization, each chapter offers an examination of the different layers of identity that expanded and contracted in relation to a mutual interest in Nordic culture.  From the burgeoning “universal” ambitions around 1900 to the darker racialized discourse of the 1920s, this study offers a critical analysis of both the idea and practice of cosmopolitanism in order to expose its common foundations as well as the limits of its application.