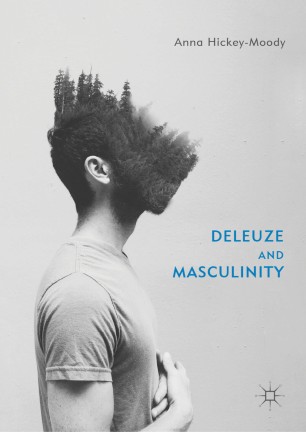 'This book is an intervention - both critical and clinical – on how to reach environmental, social and psychic sustainability… Anna Hickey-Moody takes a passionate stand against the social pathology of dominant toxic masculinity, its real-life as well as epistemic violence and its carbon heavy economic of waste and devastation… Erudite, funny, daring in its theoretical speculations and yet grounded in the empirical analyses, this book provides food for thought and vitamins for the soul.'
-- Rosi Braidotti, Utrecht University, The Netherlands
​This book uses Deleuze’s work to understand the politics of masculinity today. It analyses masculinity in terms of what it does, how it operates and what its affects are. Taking a pragmatic approach, Hickey-Moody shapes chapters around key Deleuzian concepts that have proved generative in masculinity studies and then presents case studies of popular subjects and offers overviews of disciplines that have applied Deleuze’s work to the study of men’s lives. This book shows how the concepts of affect and assemblage have contributed to, and transformed, the work undertaken by the foundational concept of performativity in gender studies. Examining the work of Deleuze and Guattari on the psychoanalytic boy, as exemplified by their writing on Little Hans, Hickey-Moody reconsiders the politics of their approach to psychoanalytic models of young masculinity. In this context, the author examines contemporary lived performances of young masculinity, drawing on her own fieldwork.
The field of disability and masculinity studies has taken up the work of Deleuze and Guattari in a nearly unprecedented fashion. Accordingly, the book also explores the gendered nature of disability, and canvases some of the substantive scholarly contributions that have been made to this interdisciplinary space, before introducing case studies of the work of North American photographer Michael Stokes and the popular Hollywood film Me Before You. The book provocatively concludes by challenging scholars to take up Deleuze’s thought to re-shape gendered economies of knowledge and matter that support and contribute to systems of patriarchal domination mediated through environmental exploitation.
Anna Hickey-Moody is a Professor of Media and Communication at RMIT University, Australia, and an Australian Research Council Future Fellow, 2017-2021. She holds visiting professor positions at Columbia University, USA, Goldsmiths College, London, and the Manchester Metropolitan University, UK. From 2013 to 2016, she was the Head of the PhD in Arts and Learning and Director of the Centre for Arts and Learning at Goldsmiths College. She has also held teaching and research positions at the University of Sydney, Monash, and UniSA, Australia.