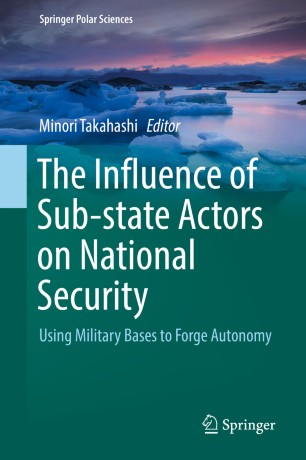 The Influence of Sub-state Actors on National Security

This book sheds light on the process in which the sub-state actor of Greenland has expanded its autonomy and strengthened its de jure participation in the national security of Denmark. By focusing on the case of the US Thule Air Base in Greenland, the largest military base in the Arctic, the authors endeavor to show that in the relationship between great powers, small countries and local actors within them, it is possible for local actors (sub-national entities) to have an influence on higher-level actors in the field of diplomacy on the national security level. For that purpose, the book examines political trends involving Greenland, Denmark, the US and Russia by using the multilateral multi-archive approach.  The authors also take up the cases of Okinawa (Japan) and Olongapo (the Philippines) as reference points that provide additional insight into the interaction between the US policy regarding overseas military bases and the host countries’ polities.

The competition involving political and economic interests of a number of countries in the Arctic region has been intensifying in recent years, causing significant concern in the international community. Due to the accelerated melting of sea ice and the increase in the accessibility of natural resources and water lanes, the security situation in the Arctic has been changing rapidly, and this book helps meet the need for understanding the political and military factors behind those changes.

Thule Air Base, Greenland Keflavik Naval Base, Iceland Political and economic issues in the Arctic Arctic Challenge for Sustainability Political stability in the Arctic