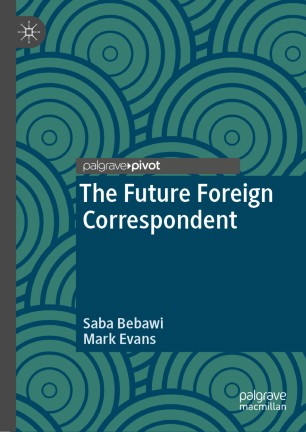 This book articulates the skills and perspectives that future foreign correspondents need to adopt in an increasingly globalized world. By revisiting entrenched traditions in the training and practice of international reporting, The Future Foreign Correspondent examines the changing role of a correspondent, outlining aspects that will evolve, the skills that will continue to be pivotal and those becoming even more important, such as the need for greater cultural understanding within the global media sphere. This book is a must read for journalists, media students and researchers interested in understanding what needs to be taken into consideration when reporting transcultural news spheres.

Saba Bebawi is Professor in Journalism at the University of Technology Sydney, Australia. She is author of Media Power and Global Television News: The Role of Al Jazeera English (2016) and Investigative Journalism in the Arab World: Issues and Challenges (2016), and co-editor of Social Media and the Politics of Reportage: The 'Arab Spring’ (2014).

Mark Evans is Professor and Head of the School of Communication at the University of Technology Sydney, Australia. His recent books include Moves, Movies and Music: The Sound of Dance Films (2016), Sounding Funny: Comedy, Cinema and Music (2016), and The New Music Industries: Disruption and Discovery (2016).

“The Future Foreign Correspondent remains a timely, well-written and useful discussion on training aspiring foreign correspondents at a time when our globalized world feels at once smaller and more divided than ever before.” (Peter Greste, Australian Journalism Review, Vol. 42 (1), 2020)