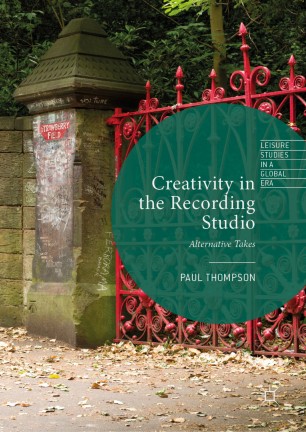 Creativity in the Recording Studio

“Creativity in the Recording Studio: Alternative Takes offers a fresh and fascinating look behind the scenes of the record making process. This book is an indispensable addition to the record production bookshelf.” – Albin Zak, Professor of Music, University at Albany, USA and author of The Poetics of Rock: Cutting Tracks, Making Records.

“In this detailed and global tour de force, Paul Thompson very effectively dispels the romantic notion of the singular genius in record production. Using Mihaly Csikszentmihalyi's systems theory he illustrates the complexity of the creative process and the multiplicity of its contributors through the use of familiar and relevant clarifying examples.” - Richard James Burgess, record producer, music engineer, and author of The Art of Music Production and The History of Music Production

Paul Thompson offers an alternative take on the romanticized and mythologized process of record-making. Side A illustrates how creativity arises out of a system in action, and introduces the history, culture, traditions and institutions that contribute to the process of commercial record production.  Side B demonstrates this system in action during the central tasks of songwriting, performing, engineering and producing. Using examples from John Lennon, David Bowie, Tupac Shakur, Björk, Marta Salogni, Sylvia Massy and Rick Rubin, each chapter takes the reader inside a different part of the commercial record production process and uncovers the interactive and interrelated multitude of factors involved in each creative task.

Paul Thompson is a professional recording engineer who has worked in the music industry for over 10 years. He is currently a Reader at Leeds Beckett University and his research is centred on record production, audio education, learning practices, creativity and cultural production in popular music.