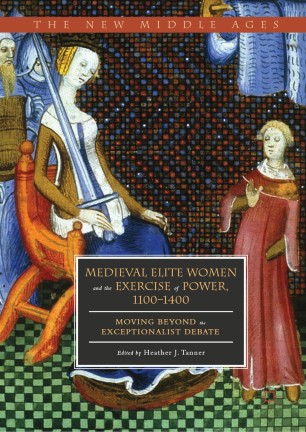 Moving beyond the Exceptionalist Debate

For decades, medieval scholarship has been dominated by the paradigm that women who wielded power after c. 1100 were exceptions to the “rule” of female exclusion from governance and the public sphere. This collection makes a powerful case for a new paradigm. Building on the premise that elite women in positions of authority were expected, accepted, and routine, these essays traverse the cities and kingdoms of France, England, Germany, Portugal, and the Latin Kingdom of Jerusalem in order to illuminate women’s roles in medieval power structures. Without losing sight of the predominance of patriarchy and misogyny, contributors lay the groundwork for the acceptance of female public authority as normal in medieval society, fostering a new framework for understanding medieval elite women and power.

Heather J. Tanner is Associate Professor of History at The Ohio State University, USA. She is the author of Families, Friends and Allies: Boulogne and Politics in Northern France and England c. 879–1160.