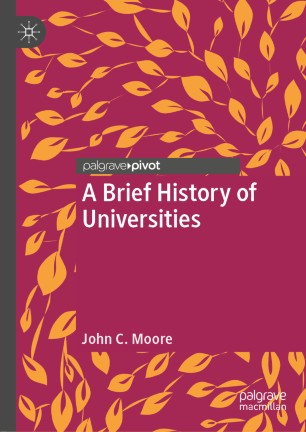 In this book, John C. Moore surveys the history of universities, from their origin in the Middle Ages to the present.  Universities have survived the disruptive power of the Protestant Reformation, the Scientific, French, and Industrial Revolutions, and the turmoil of two world wars—and they have been exported to every continent through Western imperialism. Moore deftly tells this story in a series of chronological chapters, covering major developments such as the rise of literary humanism and the printing press, the “Berlin model” of universities as research institutions, the growing importance of science and technology, and the global wave of campus activism that rocked the twentieth century. Focusing on significant individuals and global contexts, he highlights how the university has absorbed influences without losing its central traditions. Today, Moore argues, as universities seek corporate solutions to twenty-first-century problems, we must renew our commitment to a higher education that produces not only technicians, but citizens.