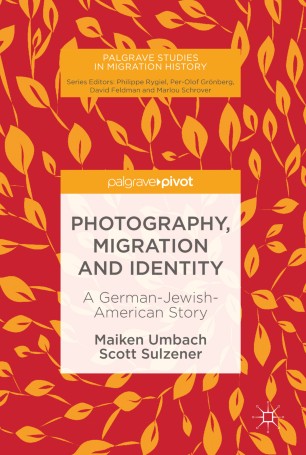 Between the 1933 Nazi seizure of power and their 1941 prohibition on all Jewish emigration, around 90,000 German Jews moved to the United States. Using the texts and images from a personal archive, this Palgrave Pivot explores how these refugees made sense of that experience. For many German Jews, theirs was not just a story of flight and exile; it was also one chapter in a longer history of global movement, experienced less as an estrangement from Germanness, than a reiteration of the mobility central to it. Private photography allowed these families to position themselves in a context of fluctuating notions of Germaness, and resist the prescribed disentanglement of their Jewish and German identities. In opening a unique window onto refugees’ own sense of self as they moved across different geographical, political, and national environments, this book will appeal to readers interested in Jewish life and migration, visual culture, and the histories of National Socialism and the Holocaust.