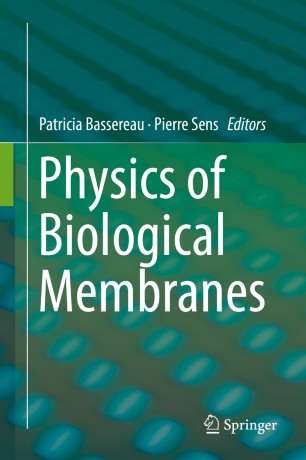 This book mainly focuses on key aspects of biomembranes that have emerged over the past 15 years. It covers static and dynamic descriptions, as well as modeling for membrane organization and shape at the local and global (at the cell level) scale. It also discusses several new developments in non-equilibrium aspects that have not yet been covered elsewhere.

Biological membranes are the seat of interactions between cells and the rest of the world, and internally, they are at the core of complex dynamic reorganizations and chemical reactions. Despite the long tradition of membrane research in biophysics, the physics of cell membranes as well as of biomimetic or synthetic membranes is a rapidly developing field. Though successful books have already been published on this topic over the past decades, none include the most recent advances. Additionally, in this domain, the traditional distinction between biological and physical approaches tends to blur.

This book gathers the most recent advances in this area, and will benefit biologists and physicists alike.

​Patricia Bassereau is currently CNRS Directrice de Recherche (equivalent to professor) at the Institut Curie in Paris, where she also leads the group "Membranes and cellular functions". She completed her PhD in Soft Matter at the University of Montpellier, where she began her career on the structure of self-assembled surfactant-based systems. She spent one year as a visiting scientist at the IBM Almaden Center (San Jose, USA), where she focused on thin polymer films. She moved to the Institut Curie in 1993 to work on questions related to "Physics of the cell." With her group, she is developing a multidisciplinary approach, largely based on synthetic biology and biomimetic systems as well as quantitative mechanical and microscopy methods, to better understand the role of biological membranes in cellular functions. Additionally, she studies in vitro and in cellulo the mechanics and the generation of cellular protrusions. She is currently chairperson of the French Physics Society (SFP) group "Physics and living matter" and an associate editor for eLife and Molecular Biology of the Cell. She has been honored with several awards, including a Suffrage Science Award from the Royal Society, the MRC and L’Oréal, and an Emmy Noether Distinction from the European Physical Society. She is a Fellow of the Biophysical Society.
Pierre Sens is Directeur de Recherche (equivalent to professor) at the CNRS and leader of the group “Physical approaches to biological problems” at the Institut Curie. He holds a PhD in Theoretical Physics from the University of Strasbourg, where he studied the statistical physics of soft matter, such as polymers and surfactants systems. He is above all interested in problems at the interface of physics and biology, with a special emphasis on the physics of biological membranes, which he explored during his postdoctoral studies first at the UC Santa Barbara (USA), then at the Weizmann Institute (Israel). His team at Institut Curie uses theoretical approaches based on statistical physics, non-linear dynamics and soft-matter physics to understand the organization and dynamics of living matter, particularly at the level of biological cells and cellular tissues.